Tea tree, also known by its Latin name Melaleuca alternifolia, grows in the moist soil of wooded areas in Australia. The oil extracted from the leaves is used in numerous applications, including holistic healing, skin care products and home remedies. Tea tree oil is naturally antibacterial, making it an effective tool for treating many skin conditions.

Captain James Cook and his crew officially “discovered” and named the tea tree in 1770, but the Aboriginal Australians knew all about tea tree oil and were using it long before he landed on their shores. Cook used the sticky leaves to make a spicy tea, not yet understanding the more practical applications of the essential oil. Nearly a century and a half later, during the 1920’s and 30’s, Arthur Penfold wrote a series of papers describing the antibacterial properties of tea tree oil, popularizing its use throughout the world. During World War II, Australian soldiers included tea tree oil as an essential part of their inventory. After the war, popularity dwindled until the 1960’s, when natural remedies because fashionable again.

Tea tree oil is a powerful weapon against viral, bacterial and fungal infections. Tea tree oil uses include treatment of cold sores, acne and other skin conditions. Added to shampoos, it helps combat dandruff. In deodorants, it eliminates body odor. When inhaled as a vapor or added to bath water, tea tree oil can help relieve cold symptoms and loosen up thick mucus. Add a few drops to your bath water, or mix with sweet almond oil and create a massage oil. Put a few drops in your unscented facial cream to help with acne and other skin conditions. These are just a few examples of the benefits of tea tree oil.

A word of warning: although Captain Cook originally used the leaves to make tea, the essential oil is for external use only. Taken internally, it can lead to coma or death. While tea tree oil is one of the very few essential oils that is relatively safe when applied directly to the skin, it can irritate sensitive skin and should be combined with carrier oil. Tea tree oil can cause allergic reaction or sensitization in some people, especially when used over a long period. Preliminary evidence suggests that excessive use of tea tree oil can cause breast growth in prepubescent males, according to Sloan-Kettering. Make sure you are not allergic to tea tree oil before using it for any topical applications.

A study performed by the Microbiology Department of St. Thomas’ Hospital in London in 2000 concluded that a clone of tea tree oil is useful at controlling MRSA organisms. The Australian Tea Tree Oil Industry Association cites numerous other studies performed by the University of Western Australia’s Tea Tree Oil Research Group indicating the effectiveness of tea tree oil in treating fungal infections such as athlete’s foot and ringworm. 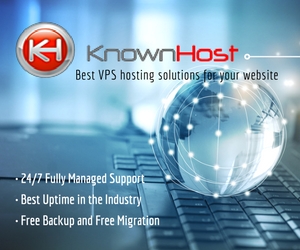